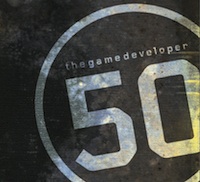 Wow, talk about a ‘bolt from the blue’ here: I woke up this morning to find that I’d been included on the ‘Game Developer 50’ in the November 2010 issue of the long established Game Developer Magazine. It’s entirely, completely bonkers to see my name included in the same list as the likes of Sid Meier and Gabe Newell. Just, wow. 😮

Obviously my inclusion was based on my 10 years working on Ogre - it’s somewhat ironic that I was a GDMag subscriber when I started Ogre originally, and did so with the intention of creating my own games with it, inspired by what I read in those pages. Of course, I never really got around to finishing a whole game myself, but playing a part in other people’s games was in many ways just as rewarding. It’s a really, really nice surprise to get included in this list personally - Ogre’s been mentioned a few times in the magazine over the years of course, but to be on this list is the icing on the cake.

I’m also really glad to see Max Schaefer from Runic on the list, the story of Torchlight’s success is now legendary!

So, I’m not sure who was responsible for nominating me on to this list, but you have my sincere thanks. The photo they used was the one of me receiving the Ogre statuette, and the stupid grin I have right now is comparable. 😀