The "90% of startups fail" boogieman 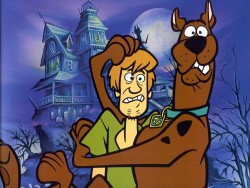 I hear this meme repeated over and over, from ordinary people whom it terrifies into spending a lifetime using their talents primarily for someone else’s benefit, to those business leaders who use it either to discourage shifting investment away from their ‘safe’ industries, or more subtly dropping it into conversation to increase the chances they’ll keep their best staff.

I hate it, both because of the psychological blackmail it represents, and because for the vast majority of people starting a business, it’s total and complete nonsense.

The statistic is true for only a very specific type of new venture, one which has very specific inputs and very high bars to reach to avoid being called a ‘failure’: the high-stakes, high-growth startup. Yes, if you’re starting a business which needs to raise multiple rounds of VC funding accumulating in the 7-figure range, then yes, your chances of being deemed a ‘success’ by VCs are about 10%, but that’s because that ‘success’ benchmark typically means a least a 10x return on that 7-figure investment. Of course you’re stacking the odds to a challenging level in that case.

Even if you pick that high-stakes route, and you’re considered to be one of the 90% ‘failures’, it doesn’t mean you’ve totally blown it and are destitute. That’s because ‘failure’ isn’t defined the way most people assume it is (i.e. you crashed and burned and now live in a cardboard box under a bridge). There are many studies showing that roughly 60-70% of new businesses return at least their investors original money or more, and about 20-30% return an ‘adequate’ return on investment. But at this level anything less than a stellar exit multiple is considered a ‘failure’, which is where the 90% comes from, but far too many people assume that it means ‘90% of people are bankrupt after starting a business’. It’s just not true - in almost all cases even the ‘failures’ go on to other things having had a valuable experience and are in strong demand if they want to re-join the regular workforce. And yet this definition of ‘failure’ is used as a red flag to scare people into remaining wage slaves at big corporates their entire lives?

And it’s not as if the rarefied ‘startup’ space is the only option; I’ve said before that scale isn’t everything. ‘Success’ is a metric that you can define if you don’t require big up-front investment, and could be anything: a lifestyle business which simply pays the bills while allowing you flexibility to live how you want, a small business which employs a handful of staff doing things they love, or a personal creative journey where the hits make up for the misses enough for you to carry on. Success stories are all around; people who have ‘succeeded’ at the traditional startup game might be rare, but I know lots of people who have chosen to go their own way and definitely consider that to have been a success - sometimes way outside their expectations.

So my message is - please don’t get hung up on this ‘90% failure’ meme, and please don’t repeat it glibly to others without a giant caveat made up of the points above.