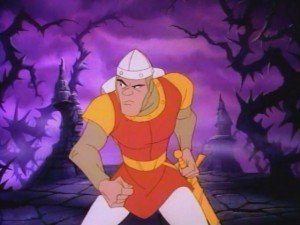 I’m passionate about the fact that there’s never been a better time for people with talent and passion to get out there and start their own businesses. The Internet has flattened the playing field considerably, and globalisation and the recession has led to a lot of people to realise that employment isn’t the safe harbour they might have previously thought it was. The opportunities for making an impact from a small starting point are more numerous than ever, and people are increasingly aware of their options in a way that was unthinkable 10-15 years ago. I enjoy encouraging and advising people who are thinking of taking that first startup journey, because I discovered it mostly by accident after a long time of adhering to ‘the norm’ and have seen first hand how it can improve your life.

However, I’ve found lately that I also have to be careful with my enthusiasm and really make sure that the person I’m talking to is aware of and ready for the challenges and sacrifices that such a path entails, as well as encouraging them. The downside of all the attention the startup route is getting is that sometimes it can be mistakenly perceived as a kind of ‘Rock Star’ lifestyle, when in fact really, while it’s quite likely to be the best thing you ever do whether you succeed or fail, when you get down to it it’s a lot of hard work, long hours, and often stress. Not so much if you’re just doing a hobby business on the side for example, but if you plan to replace your day job, even if you build it up part-time first, it’s important not to underestimate the commitment required. There’s adventure, excitement, thrills, danger, loot, fame and reward, but you have to be ready to tramp through seemingly endless murky forests and swamps, fighting monsters both mental and physical, to get to where you’re going.

The last thing I want to do is discourage people here, and I can regale you with all sorts of reasons why starting your own business is totally awesome, and how all those people trying to put you off are usually overstating the risks. I love the journey I’ve taken in the last few years, but I realise I have to be really careful not to sugar-coat it. Assuming you’re looking to build a business that can eventually be a full-time gig for you, you have 2 basic choices of route:

For the record, I’ve taken both of these routes before, so the pros/cons are from direct experience. Both routes are _hard_ - but I have absolutely no regrets at having pursued them and would recommend them to anyone, enthusiastically and wholeheartedly; provided you’re really willing to take it on and don’t try to convince yourself that the cons won’t apply to you.

Because I’ve noticed that some people are in danger of kidding themselves that starting a business can be done without having much impact on the rest of their life. They might be fired up about the startup stories, and they have the ideas and the enthusiasm, and that’s good - I want to encourage and help these people. But what happens sometimes is that they start throwing in too many conditions:  they can’t take a risk so have to keep their day job, which is fine, that’s option 2,  but then they also say they have to keep social or family time sacred so can’t work many evenings & weekends either. Surely they can just optimise their life a bit and grab an hour or two extra a week and still do it? Or, maybe they want to do it full time but they also want to keep their existing lifestyle - so maybe they can just get an investor to pay their current corporate salary for a couple of years so they can do that? That happens in Silicon Valley right? It’s clear they really want me to tell them there’s a path around the forest and monsters, a way that is neither risky for them nor is going to require lifestyle sacrifices. At this point I have to be the Bad Guy - I don’t like it, because I want to encourage people, but if I told you what you wanted to hear, I’d be doing you a disservice and setting you up for a nasty shock later on.

All ‘serious’ businesses - not ‘serious’ as in suits, ties and business cards, but ‘serious’ as in trying to succeed well enough that you can eventually do it for a living, at whatever scale you like - consume large amounts of time. My own benchmark, which is based on software products, is that it takes between 3,000 and 5,000 hours to get a product from inception to profitability - and if you do it part time, you’re likely to slide towards the high end if anything because the longer incubation period usually means more changes. All ventures are different, but I think that’s probably a reasonable ballpark.

A part-time venture which always cedes time to your other commitments is really called a hobby. Hobbies are good, you can make a bit of spending money that way too, and I know first hand that hobbies can turn into ‘serious’ businesses organically, but it takes a significant upscale in effort to do that, taking it way beyond the comfortable ‘do it when you like and fit it around your current social life’ kind of time commitment. If you love what you’re doing you won’t mind that, it’ll hardly seem like work at all, but you won’t avoid having to deal with the effect on your social and family life, and potentially your health (direct experience here) and that’s what some people can be in denial about. The other idea, that someone else will invest in your idea and pay your salary for a while - well, getting investment is hard, if you have no track record you’ll only get it once you have something to show first anyway, unless perhaps you have wealthy and indulgent parents. Plus, investors won’t want you blowing it all on a comfy corporate-level salary for yourself anyhow, it will be for growth; if you don’t believe in your project enough to take a personal risk on it, why would they?

Now, maybe you’ll counter my argument here with what Tim Ferris says about being able to run serious businesses on 4 hours of effort a week. I’ve read some of his books, and do find some of his ideas useful to throw in the mix, but I’ve never seen anyone actually achieve that 4-hour goal for a business that they can live on. Not even close - at best, they’ve kept to a 40-hour week despite being in a startup (taking the riskier option 1 of course), and that’s an achievement in itself. But, if you can make it work, awesome - ignore everything I’ve said. To me it’s beyond a long shot, but maybe that’s because I gravitate to businesses that I’m directly involved in rather than just being at the centre of a web of delegation. YMMV.

So, in summary, and in the interests of reinforcing the positive notes too: the adventure of building and growing a business can be highly enjoyable, rewarding, and life changing experience. I absolutely want regular people like me to feel empowered to explore this territory, and not to be put off by people who say it’s only for the kind of mega-startups that get reported on TechCrunch etc. Starting a business is something anyone with the right attitude can do now. Just please don’t ask me to tell you that you won’t have to make sacrifices (particularly in time) or take risks along the road.

What I can say: in my opinion, they’re totally worth it.