I’ve had a few friends ask me why we chose the name Old Doorways for our new game development venture. I’ve repeated the explanation enough times now that I figured it was worth blogging about, in case anyone else was wondering.

The struggle is real

As anyone who has had to name anything - a company, a product, a small human - will know, names are hard. I mean really hard. Finding that perfect combination of availability and meaning is an uphill battle. On roller skates.

I’m no stranger to this process, and as usual the least worst answer is just to spitball as many ideas as you can, write them all down - yes, even the really dumb ones - and stare at them. A lot. Cross some of them out. Rewrite many of them back in. Do 12 variations on the same thing. Chew pencils. Sob desperately into a thesaurus at 1am. Talk to other people who will try to hide how bad they think the ideas are (if they like you). Feel crushingly inadequate as all your candidates are either terrible, unpronounceable or already taken. Or all three at once.

You’ll find ones that are just perfect, but the .com is already owned by a drain cleaning company. You’ll put it off and work with a codename for a bit longer, occasionally casting a dreadful gaze at the Post-Its / whiteboard / Trello page and wonder if it’ll ever be resolved. You’ll almost settle for a really bad one in the vain hope that it’ll eventually sound OK after you say it a few hundred times because oh god let’s just pick something.

What I’m saying is that it’s not an ideal process. And if the aforementioned doesn’t resonate with you, and instead you’ve been picking perfect names out of the air in half an hour while sipping lattes with friends, just know that the rest of us hate you with the searing heat of a thousand suns. 😉

Right, yes - back to the original point. The name “Old Doorways” came about because of a lucky confluence of circumstances:

To begin the ramble about meaning, I have to talk to you about walking.

I take a lot of walks around St Peter Port. It started as a recovery regime after I ruined my back by being hunched over a computer 12-16 hours a day for too long, but I’ve come to enjoy it as my primary mode of transport over the years. There are no parking issues, and walking time is really good thinking time.

St Peter Port is a pretty town, and it’s also pretty old. There are a lot of small back ways that you don’t really see unless you’re on foot, and the architecture is a mish-mash of a few hundred years, layers upon layers of revision. For some reason the things that always pique my interest are the defunct doorways. 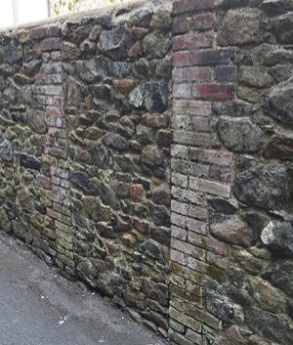 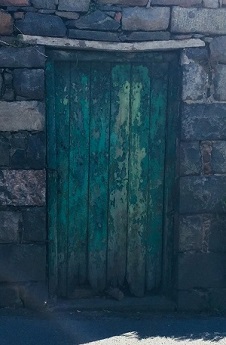 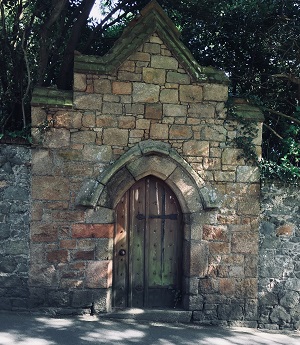 Sometimes they’re just an outline of a previous portal, bricked up for goodness knows how many years, a ghost of a former door. Sometimes they open a couple of feet above where the street now is, giving a hint of the changes they’ve seen.

Other times, they’re haggard, rotten old doors retaining paint mostly as a memory, missing even a knob to open them.

And then sometimes, a door can appear technically functional, perhaps even decorative, but just doesn’t work in reality any more - maybe it opens directly onto a busy road on a blind corner, a total death trap in the 21st century and a crazy place for a door. But clearly it made sense to someone to build this ornate archway here of all places, when horses were the fastest form of transport around.

Once I started noticing these doorways, I realised they were everywhere.

Alright, here’s the thing. All these ex-doorways speak to me somehow. Stay with me here.

All these doors had a purpose once. I don’t know if you’ve ever seen someone making a doorway and/or the door to go in it, but even for modern ones it’s not a simple thing, and there are surprising number of components that go into it. It’s even harder when you have to make that door in a stone wall. You don’t do this just for fun, when it’s much simpler just to leave a blank wall.

So each of these old doorways represents a decision - both when choosing to create it, and when it was finally sealed again. I find it interesting to consider what the thinking behind those decisions was. What were they originally for, and why did that change? And they’re never erased completely; even the ones which are bricked up retain structural remnants, and they all seem to say “someday, someone might walk through here again”.

Doors are an often-used metaphor for life choices, usually in the context of opening them, closing them, or walking through them. But building and sealing them is a whole other level of decision making. Making a significant change is a big deal, and each of these defunct doors records one of those moments. But at the same time, the remnants also whisper: “nothing is utterly irreversible”.

The point, at last

A very long time ago, I dreamed of being a game developer, but for various very sensible reasons (location, pre-Internet early career, large mortgages, competing opportunities) it never happened. The closest I got was being a contractor for some of the tech behind other people’s games, which I was happy to do but it wasn’t quite the same.

Now here I am in my mid-40s, and I’m finally doing it. Best of all, I’m doing it with my wife who is exploring an avenue of art and game design which we’ve talked about before but never attempted until now. It feels very much like we’ve hacked away the brambles from a very old door that was lurking at the bottom of the garden of our minds, have put our shoulders to it, and slowly, it’s starting to budge a little.

I’m really looking forward to finding out what’s on the other side.

And that, friends, is why my new company is called Old Doorways. I hope you’ve enjoyed the ramble with me, and if you’re trying to come up with a company or product name, you have my sympathies. All I can say is it will end eventually - even if you end up with a horrible Web 2.0 name that you have to suppress a grimace at forever. 😉